Anybody else out there feeling like skirting around the public square and just going home, closing the curtains, and staying inside? Not just me? 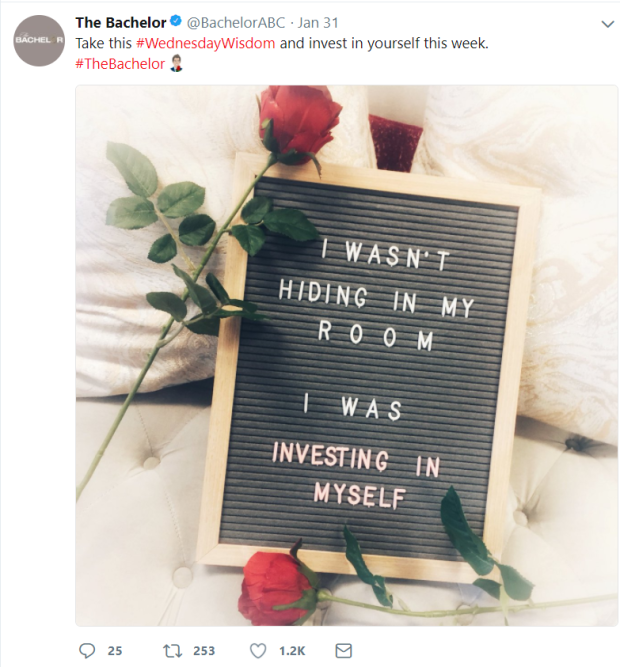 Much as I’ve tried to drag myself into it the last couple of seasons, I’m finally going to admit that I just don’t have it in me to do a weekly Bachelor blog these days. Don’t get me wrong—I’m still watching, still playing my fantasy league, still happy to talk about what’s going on and what makes these people tick (always), but my soul just doesn’t have it in me to tear into people even though they most certainly volunteered for it.

No, my prevalent thought these days, as I watch social media and the news, is what is wrong with us? And how on earth did we get here? Right now, just over halfway through the season, all I really want to do is pull these poor girls into a hug and try to convince them that they’re better than this. That we all are.

Granted, my definition of “poor girls” might seem peculiar. Bachelor contestants are young, beautiful, often delivered into adulthood without adversity, housed with an open bar and nothing to do but their hair and makeup. So that a man will notice them and love them. And so that we all will notice them and tell them we love them when we see them in public. And so that, ultimately, one Poor Girl will defeat all the others, send them away weeping, and be named The Most Loved of All. And everyone will envy her, with her storybook romance and her fairytale wedding and her handsome husband and her 950k Instagram followers, who by their sheer number tell her that she is LOVED, dammit! 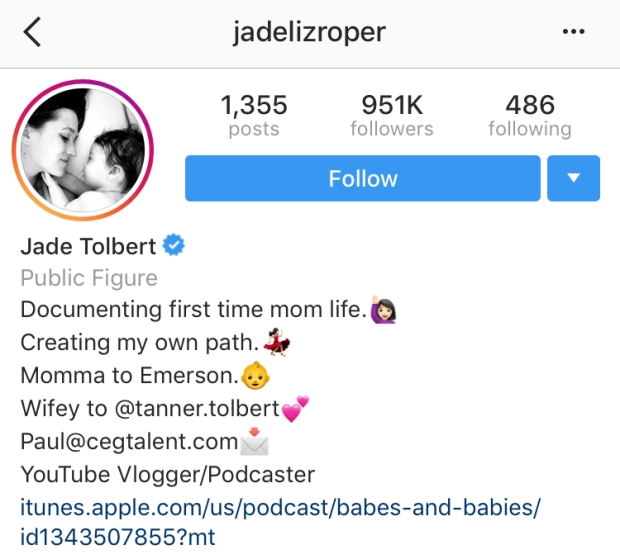 Love hunger. And like fig-prosciutto pizza hunger (sorry—is that just me too?), the wanting doesn’t translate to having. You can’t make something from nothing. Fig-prosciutto pizza comes from figs and prosciutto (fig jam on a grilled pizza crust, prosciutto, a little caramelized onion, burrata cheese, arugula–DO IT). And love comes from love. You know, like the whole “you have to have money to make money” thing.

Americans at the moment do not seem uniformly clear on the concept. Perhaps what has grated on my soul so much lately is the nakedly adversarial relationship being acted out between people, as if we believe that things tangible and intangible both exist outside ourselves in finite quantities. Having is taking. If you have yours, I can’t have mine. Unless I take it.

I wish we didn’t see interpersonal relationships that way. I wish we understood that love is found under the umbrella of one’s own grace and compassion, not outside yourself, that it’s not something you wait or fight for others to give you. That fulfillment is found in defeating your fears and obstacles, not your enemies. That meaningful approval can only be found in one’s own eyes, not in another’s. That accomplishment does not depend on others’ failures, but is larger and sweeter and more lasting when it’s shared.

And then I turn on the TV on Monday night and am faced with the reality of These Poor Girls, brought together under a survival-of-the-fittest view of life, that love either is or is not extended to you, that anything others have has been obtained at your expense, that your place in the world as a woman depends on how well you package yourself for others’ approval.

That kind of foolishness SHOULD be skewered, amirite? Don’t we all know better? Silly girls. And hey—you put yourselves on TV, voluntarily, so don’t cry me your alligator tears about how HARD it is to have people talk about you. But as I see them queue up season after season, shrieking with delight over every opportunity to be seen by somebody, by anybody, by everybody, then cry their way offstage in utter shock that their entitlement was not received, that the impossible thing didn’t happen for them, I can no longer avoid asking myself where they—and the thousands beyond them who wanted to be cast and weren’t—come from. And whether lampooning These Poor Girls is the best way to talk about the foolishness.

See, I don’t think their foolishness is only theirs. Of course their blinding, unobtainable beauty and eyelash extensions and beachy waves make it look as if we have nothing in common, but we’re not gawping at an otherworldly sci-fi spectacle when we watch. We’re relating.

Remember Annaliesa, the Poor Girl reduced to tears at the demolition derby group date in Episode 2?

She was “having a hard time” because of childhood trauma experienced in a…*wait for it*…bumper car. Yup, we laughed. And of course the producers had a lot of fun with it, splicing in slo-mo video of kiddies in bumper cars  overlaid with scary music and warping effects as she explained how powerless she’d felt when people kept hitting and hitting her in the bumper car.

I would’ve bet solid money, right then, that the bumper car moment wasn’t the only time she’d felt powerless in her life. She’d put herself on The Bachelor, didn’t she, marching straight into a situation of powerlessness, seeking the things her most tender, vulnerable soul aches for. If that doesn’t tie the pathology together, nothing does. Then what happened the next week? Tears again, as the Poor Girls had to play at training rescue dogs and she described how she’d felt powerless as a child when she was…*wait for it*…attacked by a dog. Boom.

SOMEBODY GIVE THIS GIRL A HUG.

See, the thing is, there is a CRAPTON of stuff to be found under the umbrella of one’s own love and compassion. Patience. Tolerance. Forgiveness. Mercy. Peace. That hug would do me as much good as it would do her (okay, more). Between the bumper cars and the dog, we’ve barely begun to scratch the surface of her feelings of powerlessness, I guarantee. But what about mine? Yours? Everybody’s? We’re absolutely, positively reacting to them every damn day, faking it ‘til we make it, withdrawing, acting out, being driven, being passive…whatever. And if I’m laughing at her insecurities, rather than embracing and empathizing with them, I’ll just hurt her more, make her defensive, and while I’m at it, never get around to dealing with my own crap. If the present social dialog makes me cringe, maybe I should stop contributing to it by publicly ridiculing people who are no more lost than I am.

It’s raining pretty hard out there. I need a bigger umbrella.

At least until the Bachelorette starts.

One thought on “I’m Not Hiding in My Room…”